Black History Month 2013: STEREOTYPES - The Good, The Bad, The Truth? 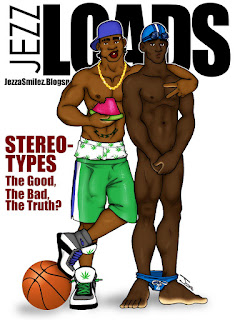 Regardless how false or exaggerated stereotypes may be, they exist for one reason or another. Some work in our favor, some do not.  I, myself, measure up to many of them and yet I'm still surprised when people are shocked that I don't really care for watermelon or fried chicken or that I can swim.

This week's questions were: 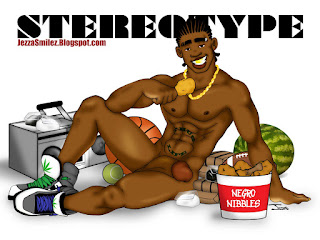 What 3 stereotypes about blacks are actually true about you?


"One: that I spend more money than I save.Two: that I'm angry. (Only onthe bus commuting to and from work - But, I have 'Bus Drama'). Three: Yes --- I LIKE watermelon and friend chicken."

"I have a huge cock, I love fried chicken & watermelon, and I like a round butt."

"I have a big willie. I have rhythm. I like fried chicken and watermelon."

"I love grape soda and hot fries (so ghetto), My lips are thicker than most white peoples, and I totally voted for President Obama (please and thank you)."

"I love Hot Sauce. I drink Kool-Aide. I have a lot of cousins"

"Hmmm. Let's see, I'll stick to the physical ones: I'm a great dancer, I have full, thick, luscious lips, and I come bearing 'gifts.' "

Aren't we a modest bunch?And now for the other side of that question: 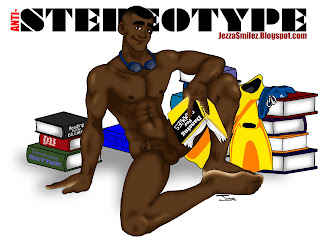 What stereotype about blacks is most false about you?

"I am embarrassingly unathletic. Thankfully, I don't look it, but yeah - can't catch a ball to save my life."

"One: That I'm lazy. It's not true. I can't be lazy if I actually sit at a drawing table and get the things done that I do. And, what I do isn't easy. Two: That black people don't get along. I get along with other black people. Three: That we haven't gotten anywhere as a people. Our President is black and so is the First Lady."

"I don't rap. My dancing skills are dubious and I don't smoke weed."

"I don't play basketball or any other sport involving teams and a ball."

"I don't give a damn about designer or name brand shoes. BET is the bane of my existence and I don't want to be a baller, a playa, or have my own hip-hop number 1 single."

"I suck at basketball and all other sports for that matter."

"I've never been in jail, I'm the complete opposite of lazy, and I don't speak 'Jive.' "

There you have it. The "truth" about stereotypes - at least for this select bunch.
What about you?
What 3 Stereotypes about your race are true about you and which is the most false?
I wanna know.

Jezza
I’m a freelance artist and writer. Like most artist, I’ve been drawing since the womb. My mom’s uterus is covered in my earliest of works. I love sex, comics and cartoons. I feel blessed to live in a time and world that I'm free to express that.

More Blogs You Should Check Out